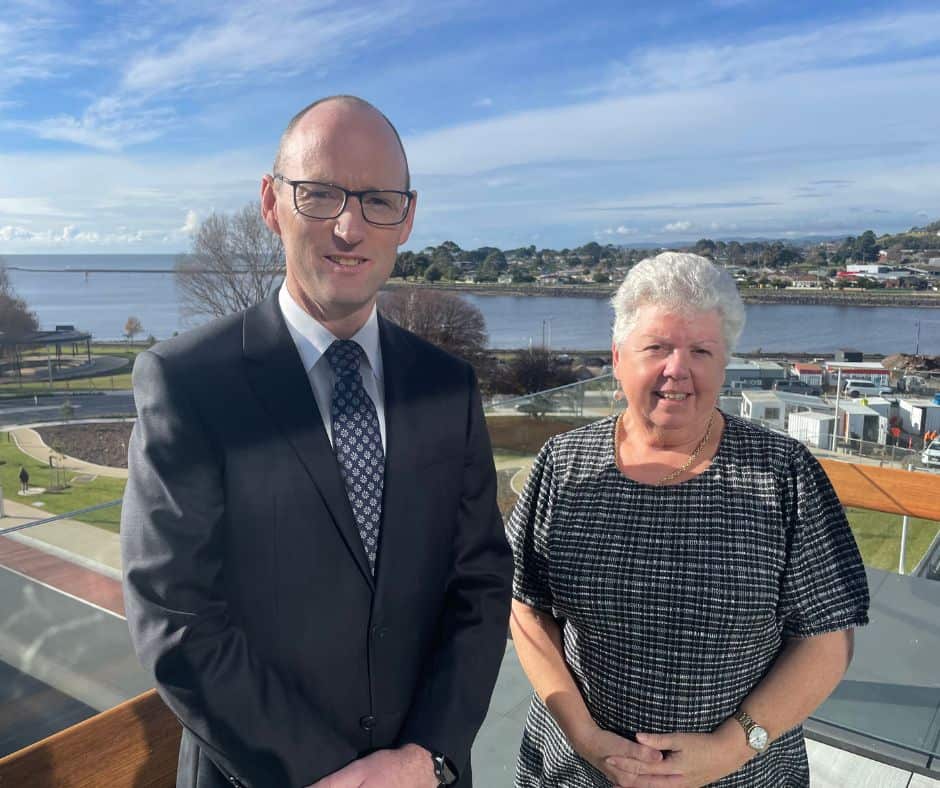 Despite increasing costs and soaring inflation, Devonport City Council will on Monday night consider a 2022/23 Budget, based on an operating surplus, strong capital works program and a rate increase less than a third of the current CPI index.

She said on the back of rate base growth and a solid 2021/22 result, Council has again been able to produce a responsible 2022/23 budget, which ensures the continuity of important community services and the renewal of community infrastructure.

“Along with revitalising the Devonport CBD and creating jobs and employment, growing the rate base has always been a key objective of Council’s LIVING CITY Strategy,” Cr Rockliff said.

“Council is in the enviable position of being able to deliver a surplus budget based on a general rate increase of only 1.9%, less than a third of the current inflation rate.

“This modest increase continues Council’s focus over the past decade to limit the rate burden, with general rate increases since 2016 totalling 5.52%, in comparison to a 17.1% increase for Hobart CPI over the same period.”

Cr Rockliff said whilst the general rate increase is 1.9% on average, Devonport ratepayers will this year receive a new property valuation from the State Government’s Valuer-General, the first since 2015.

“With Council obligated to use the new valuations, this will impact on what each property is required to pay. As expected, property values have generally all risen, however it is important to understand that this does not necessarily relate to an increase in rates, but rather it is the increase or decrease relative to other properties, which influences each rate payer’s contribution.

“In total Council will invest over $25 million into the local construction sector, including allocations towards the completion of several major multi-year new asset investments, such as the LIVING CITY Waterfront Park, Sound and Light Show, Don to Leith Coastal Pathway and the East Devonport Gateway beautification project,” she said.

“Once completed, these projects will contribute significantly to the ongoing prosperity of the City.”

In addition to core service delivery and capital works, Cr Rockliff said Council sets specific actions each year with highlights to include a review and update to a number of important strategies, such as the Waste Strategy, Events Strategy, Investment Prospectus and Community Health and Wellbeing Strategy.

“A major focus for Council over the next five years is the implementation of the Sports Infrastructure Master Plan with precinct planning now underway,” Cr Rockliff said.

“The priority will be to progress planning and design for key sites and engage with the State Government on its involvement to complement the $25 million investment promised by the new Federal Labor Government.”

Council’s General Manager, Matthew Atkins said from an operating perspective, income is estimated at $46.9 million with expenditure of $43.8 million, resulting in a budgeted nett operating surplus of $3.1 million.

“This return is forecast to be unusually high next year and whilst the income will be included in Council’s financial statements, it was considered prudent to balance the budget without reliance on this non-cash item. Removal of the DRWMA profit share results in a small operating surplus of $3,322,” Mr Atkins said.

“Excluding the DRWMA return, income increases by $2.2 million on the previous year, largely due to a return to pre-COVID levels of activity within the local economy, which is reflected in additional fees and user charges, rate base growth, and an increase of just under $200,000 in operating grants for cultural activities.”

He said materials and services have increased due to inflationary pressure on essentials such as fuel, building materials and utility usage costs and also through increasing contractor rates.

“Levies and taxes have increased by $543,000 primarily due to the State Government fire and waste levies. The 2022/23 budgeted expenditure also includes additional funding to provide Council the opportunity to increase its support of major community events,” Mr Atkins said.

Cr Rockliff said with the introduction of the State Government’s $20 per tonne waste levy on 1 July 2022, the cost of providing waste services will increase, resulting in a $20 increase to the residential waste management charge and also through increases to gate fees at the transfer station.

“Council acknowledges the intent of the waste management levy as a cost mechanism to drive change in disposal habits and have allocated $450,000 to upgrade the Waste Transfer Station, which will assist in resource recovery by providing customers with a more convenient option to divert material from landfill,” she said.

“Planning will continue during the year for the introduction of a Food Organics Garden Organics (FOGO) collection service currently anticipated to commence in late 2023, providing more opportunities to avoid the disposal of waste in landfill.

“While Council works hard to provide essential services and sustainable facilities for the community, we know it is the people that make the City of Devonport what it is and on behalf of Council thank you for your contribution to making this city a great place to live, work, learn and invest.”

Council’s 2022/23 Annual Plan and Budget will be presented for adoption at the ordinary Council meeting on Monday, 27 June 2022 from 5.30pm. The agenda will be available via Council’s website from close of business today.