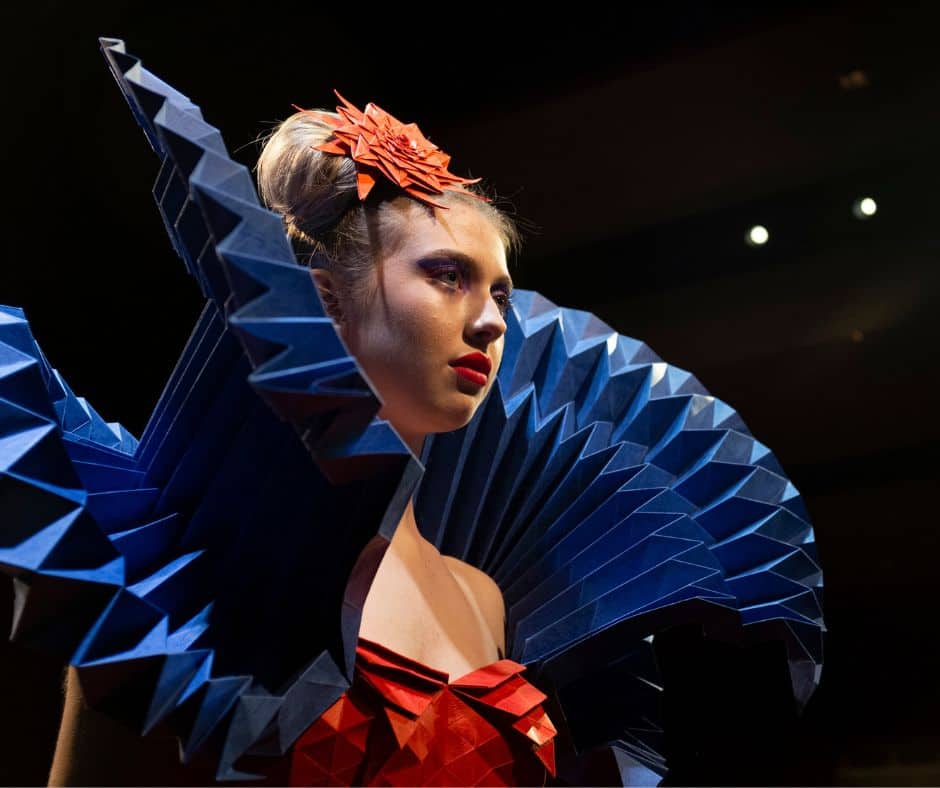 In front of a glamourous Devonport crowd, the Paper on Skin $5,000 Major Award was tonight awarded to Japanese artist Kaori Kato for her work Bilateral Relations.

One of the judges, former arts administrator and textile artist, Greg Leong said the judges selected 34 works from around the globe, by 40 artists from 11 countries, including five from Tasmania.

Mr Leong said some of the artists are well-known luminaries of the international papermaking community.

“We were thrilled to view entries from all over the world and congratulate all finalists on their selection into this marvellous event,” Mr Leong said.

“The works immediately spoke to us. Work of outstanding quality is so obviously above the rest that you notice it at once, and marvellously we were unanimous in our decision.

“We had so many things to consider, the wearability, the technical skill in garment construction, but much more importantly, the conceptual rigour for the work, the innovative use of paper and of course how the garment works in motion.

“We knew without difficulty which three entries were at the top of the list, and the final clincher was when we saw the garments worn on models.”

About the major winner:

Kaori Kato obtained her bachelor’s degree in Fine Arts (Honours) in 2009 and her master’s degree in Visual Art in 2010 from the Faculty of the Victorian College of the Arts (VCA) at the University of Melbourne. Kato returned to Japan, Hokkaido in 2013, and has since had her work displayed at a number of local and international shows, including in Australia.

Paper on Skin will be on display at the Devonport Regional Gallery from 23 June until 30 July 2022.