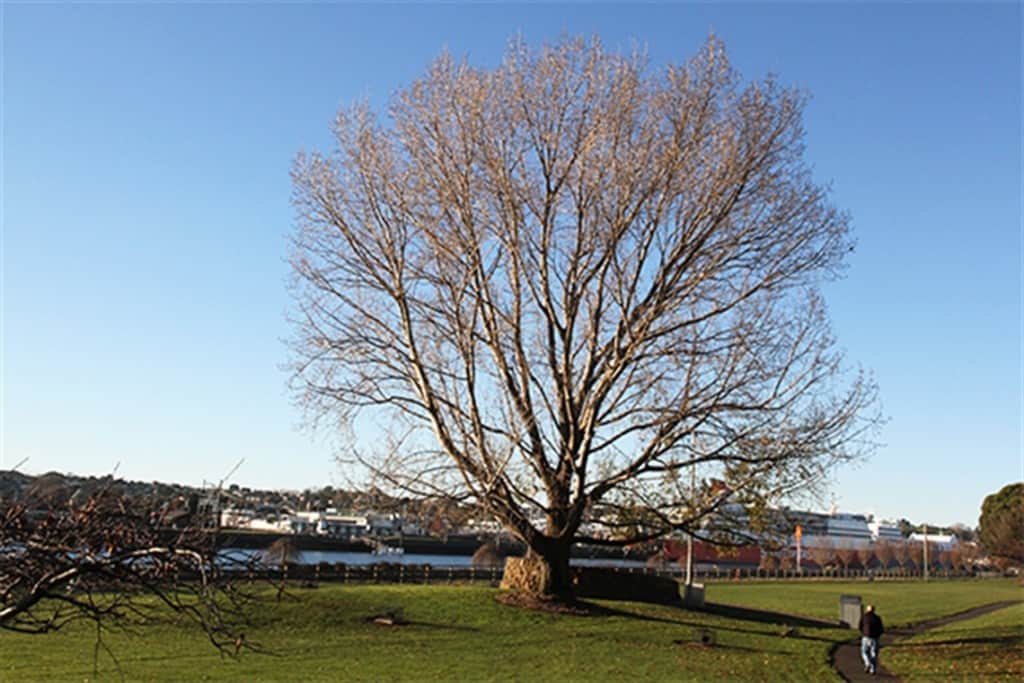 Following an arborist’s inspection most of the mature trees in Roundhouse Park will be retained as part of the Waterfront Park project, including the historic English Elms near the fire station and the Canadian Poplar tree, planted in about 1984, near Joe and Enid Lyons’ busts.

The future of the poplar was particularly in question – with many residents concerned that it might be removed – but Council has now received an arborist’s report confirming it was safe and in good health.

In total 41 trees are earmarked to be removed as part of the new Waterfront Park, with 132 new trees to be planted. In addition, a small number of trees will be transplanted to alternative locations.

The new trees will generally be reasonably advanced and in the range of three metres to six metres high, depending on the species, when planted.

Maintaining the original design intent, new tree species will be native to Tasmania.

The Mayor, Cr Annette Rockliff, said the trees that are to be removed were predominately located near the proposed elevated walkway north east of the intersection of Best Street and Formby Road

Cr Rockliff said Council engaged an arborist to assess all the existing trees earlier this year and the information provided was used by the landscape architect and the design team to finalise the construction drawings.

“Council took a proactive approach towards the trees and sought professional advice to be confident that all the trees were safe and had an adequate life span,’’ she said.

A copy of the arborist’s report, along with the complete tree removal plan, is available on the LIVING CITY website, by clicking here.

Changes identified as a result of community consultations into the Waterfront Parkland design have now been completed and final construction drawings have been provided to the short-listed contractors for pricing.

The changes include improvements to the safety of the pedestrian crossings, additional parallel parking along Formby Road and additional seating and enhancements for public events.

The tender process will take about two months to complete with the successful contractor likely to be announced in late August.