Fenton and Stewart Streets blackspot to be remedied 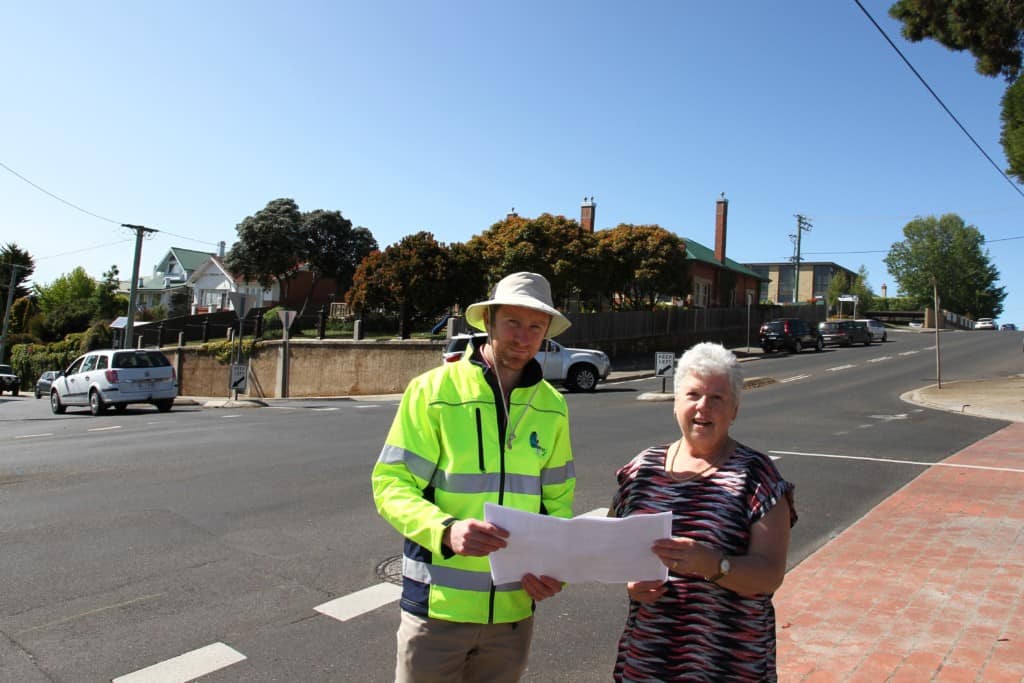 Fenton and Stewart Streets blackspot to be remedied

Work will begin next week on safety improvements aimed at remedying the traffic blackspot at the intersection of Stewart and Fenton Streets, in Devonport.

Daily traffic movements on the streets are projected to almost double – from 6500 a day to 12,000 – in the next 15 years with a 2015 Living City Traffic Study finding that the intersection would not operate efficiently in its current give-way configuration by 2025.

The intersection is above the threshold for a blackspot application and Federal funding of $415,000 has been secured for the project.

The Mayor, Cr Annette Rockliff, said traffic lights were considered for the intersection.

While they would address the dominant crash type and be suitable for pedestrians, they were not eligible for blackspot funding and did not align with Federal and State road safety strategies.

“From Council’s studies it has been determined that a roundabout would reduce the dominant crash type by 70 percent, would be effective beyond 2035, could be constructed in the available space and was suitable for pedestrians,” she said.

Cr Rockliff said the 2015 study also concluded that a roundabout was the best option in the long-term.

“Nationally, research has clearly shown that a roundabout has a lower likelihood of a crash than other measures and the lower circulating speeds and narrower collision angles mean any crashes which occur are less severe,” Cr Rockliff said.

Cr Rockliff also said, considering expected traffic growth at the intersection, the average peak hour delay at a roundabout was estimated to be eight seconds compared with four minutes if the current layout was maintained.

She said design work had also been based on a 12.5 m bus making a left or right hand turn at the corner or a 19m semi-trailer travelling through the roundabout.

Cr Rockliff said the design work had also considered the retaining walls located on all four corners and an arborist had been engaged to recommend on design and construction details to ensure minimal risk to the historic tree located at the intersection.

“Council has been assured that the work can be undertaken in a manner to ensure there is no detrimental impact upon the tree’s long-term health and stability,” she said.

Preliminary work, involving kerb and footpath replacement on the south-east corner will begin on Monday 2 December with the bulk of the work to be completed from Monday 6 January 2020, following the Christmas break. Detours and lane closures are likely for critical activities from 6 January.