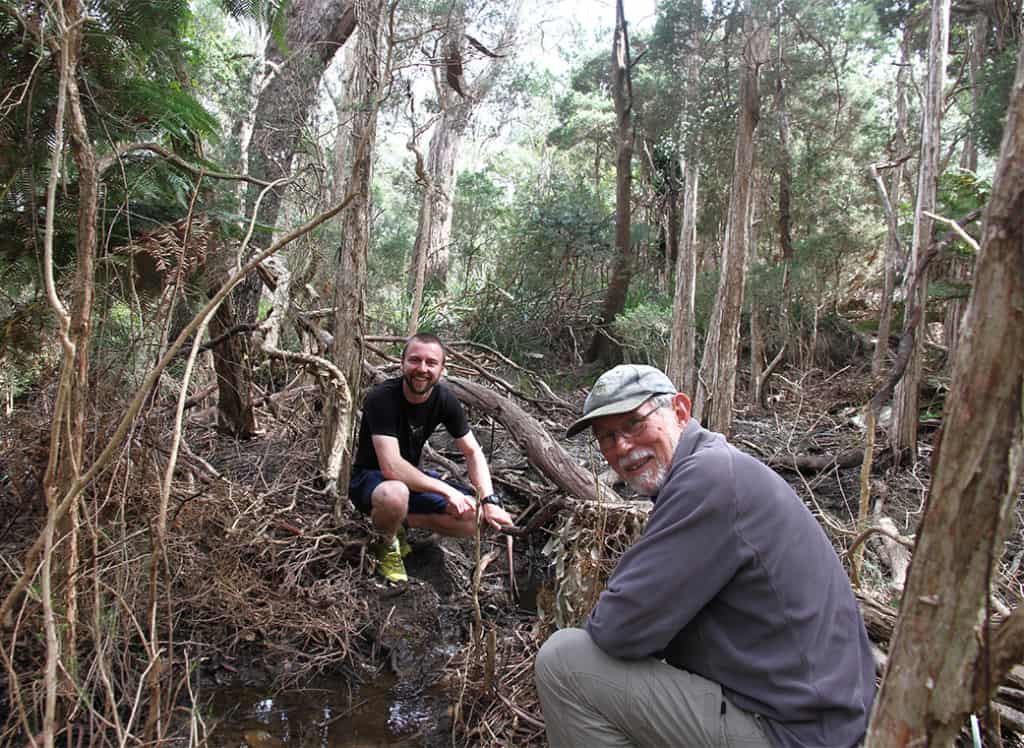 Devonport residents are being encouraged to do their bit to help discover and record as many living things as possible – plants, animals and fungi – which inhabit the city’s Don Reserve as part of the Bookend Trust’s BioBlitz on November 8 and 9.

The 30-hour exercise – being run in conjunction with the Devonport City Council –  will begin with about 120 students from the Our Lady of Lourdes and Andrews Creek Primary Schools assembling to begin their surveys from ‘BioBlitz basecamp’ at the Splash Aquatic Centre at 10 am on the Friday. From 4pm on the Friday, anyone in the community can book into the surveys, which will run until 4pm the following day.

It will be the fourth BioBlitz undertaken by the Trust following previous sessions in Hobart, Kingston and Latrobe. Each survey focuses on a different group of plants or animals, led by a specialist scientist or naturalist.

Threatened species zoologist and Bookend Trust Citizen Science Coordinator Clare Hawkins said the exercise was a valuable opportunity to track the inhabitants of the area.

“It is a great opportunity for everyone to gain a better understanding of what actually lives in areas such as this which are so close to town,” Dr Hawkins said.

“For that reason, the search will continue throughout the evening as some plants, animals and fungi are more difficult to spot or locate during the day.

“Obviously we do not expect too many people to be out at 3 am but there may be some.”

Dr Hawkins said previous BioBlitzes had helped uncover hundreds of species which had previously not been recorded in the BioBlitz sites, and she was hopeful the same would happen in the Don Reserve.

“Currently on the Natural Values Atlas (a publicly accessible Tasmanian Government database) actually only 29 species are recorded in the Don Reserve area which are mostly plants.”

“We can definitely improve on this as we are actually surveying a rather wider area, covering additional council land (and water!), and nearly 200 species have been recorded in this general area overall, so that’s a good start.

“Even in this larger area, the observations were mainly plants and also birds so given that the harder you look, the more you find and the fact we’re also looking for lots of other groups such as fungi, insects and mammals, we should have plenty to add.”

One of the key targets will be the endangered Central North burrowing crayfish. Dr Hawkins said some were known to be in the area, but it was hoped more could be uncovered as part of an effort to record the crayfish further through its known range between Devonport, Port Sorell, the narawntapu national park and Sheffield.

“As well as the Central North burrowing crayfish, we may be lucky enough to see some other threatened species which have been recorded in the area, including several birds such as the swift parrot, the white-bellied sea eagle and the grey goshawk,” Dr Hawkins said.

Devonport Mayor Annette Rockliff said Council was pleased to be able to support the Trust’s efforts to discover and record what lived in the area.

“There is a fair chance that we will all be surprised by some of what is found and the efforts of those involved will also assist Council in its management of the reserve in the long-term,” she said.

Bookings can be made at Eventbrite at https://extinctionmattersbioblitz-devonport.eventbrite.com.au

Further information is available from Council on 6424 0511