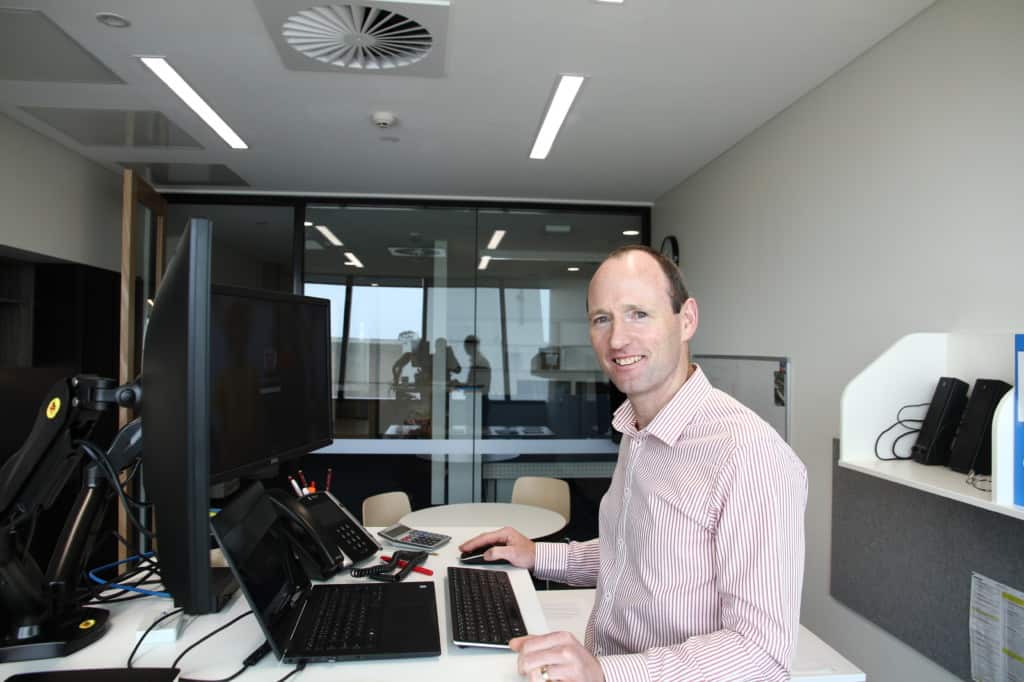 The Devonport City Council has announced the appointment of Mr Matthew Atkins as its new General Manager.

Following an extensive recruitment process, by a national consulting firm, Mr Atkins’ appointment was approved by Councillors at a Special Council Meeting this morning, for a five-year term.

Mr Atkins, pictured above, has been Acting General Manger since the resignation of the previous General Manger, Mr Paul West, in October.

He has worked in local government for 18 years, 15 at an executive level across Burnie and Devonport City Councils, the last six as Deputy General Manager at Devonport.

Prior to joining local government Mr Atkins started his career in the private sector as an Estimator/Project Manager in the construction industry.

He is well regarded within the local government sector and currently a State and National Board director of LG Professionals.

The Mayor, Cr Annette Rockliff, said the position had attracted a field of quality applications with Mr Atkins standing out.

“The appointment of Matthew follows a comprehensive employment process which attracted high calibre applications both from within Tasmania and interstate. We welcome Matthew to the role, and Council looks forward to working with him as we aim to make Devonport a better place for all our residents.”

“This is an exciting time in the development of the city with the second stage of the LIVING CITY project – including the Waterfront Park – just beginning and Council is confident that Matthew’s skills and past experience will be pivotal in seeing this come to fruition.”

“I thank the Councillors for putting their confidence in me to lead the organization for the next five years. I appreciate the opportunity and I’m looking forward to working closely with the elected members and staff to continue the good work Council does in the community,” Mr Atkins said.

“There has been a lot achieved at Council over the last 10 years in a whole range of areas and the organisation is in a really good position to build on the foundation that is in place.”

I think it is an exciting time to be involved with Council and an exciting time for Devonport and I’m looking forward to working with the Mayor & Councillors to make sure the City makes the most of the opportunities that will exist.”