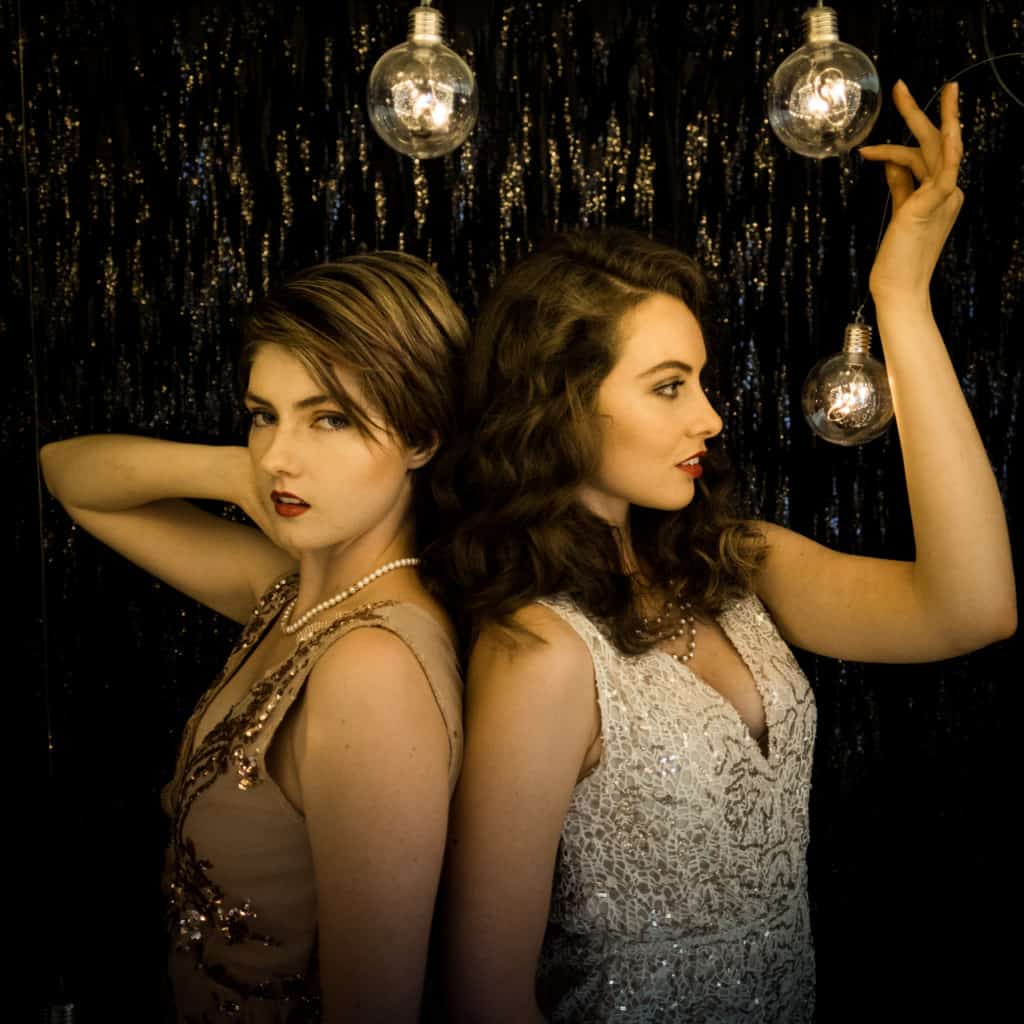 Moonlight Aviators director Graeme Quinn is promising a high intensity Squeezebox Cabaret show with singing, dancing and a touch of comedy as part of the Devonport Jazz Festival.

The show will be staged in the paranaple convention centre on Saturday 27 July and features a three-course dinner with Lawrenny Estate spirits.

Matthews Ives and his Big Band follow the cabaret performance allowing attendees to dance the night away.

The Squeezebox Cabaret is billed as a stylish little club where the MC thinks he’s the bee’s knees and a diminutive singer (Martine Halliday) takes the stage.

Attendees are invited to lose themselves in the glamour and seduction of the nouveau jazz age.

Quinn said MC Andrew Hickman was well-known on the Hobart performance scene and Halliday was a real powerhouse. They will be joined by the nine-strong Moonlight Aviators dance troupe.

The show was first performed in the Spiegletent Hobart in March

To be held from 25-28 July, this year’s Devonport Festival will be headlined by the great multi-instrumentalist James Morrison and is brimming with acts from Tasmania and the mainland, which will please both jazz lovers and the general public.

Other exciting elements of the Festival include sensational traditional band The Syncopators, a jazz tribute to the music of INXS, the ABC Radio live broadcast, a schools’ tour and Pure Jazz Sessions.

Tickets are on sale now and can be purchased through participating venues or the paranaple arts centre. Or for the full festival experience purchase a festival pass for just $199 which gives access to more than 20 events.

Devonport Jazz will also feature a range of free events including a Jazz Style Street Eats event will be held on Thursday 25 July from 4 to 8 pm in Market Square.

There will be 11 food vendors and the Speak Easy Pop up Bar will be open.

Entertainment will be provided by Django’s Tiger & City of Devonport Brass Band.

Musos in the Mall, sponsored by 7AD, will feature the RAN Band’s jazz group with dancing from the team from SwingMania. It will begin at 10 a.m. on Saturday 27 July.

Les Coqs Incroyables , Wendy Moles & Nick Hart, and Arman & Co will also be performing at free events across the weekend.

CAPTION: The Moonlight Aviators are promising a high intensity cabaret show as part of Devonport Jazz