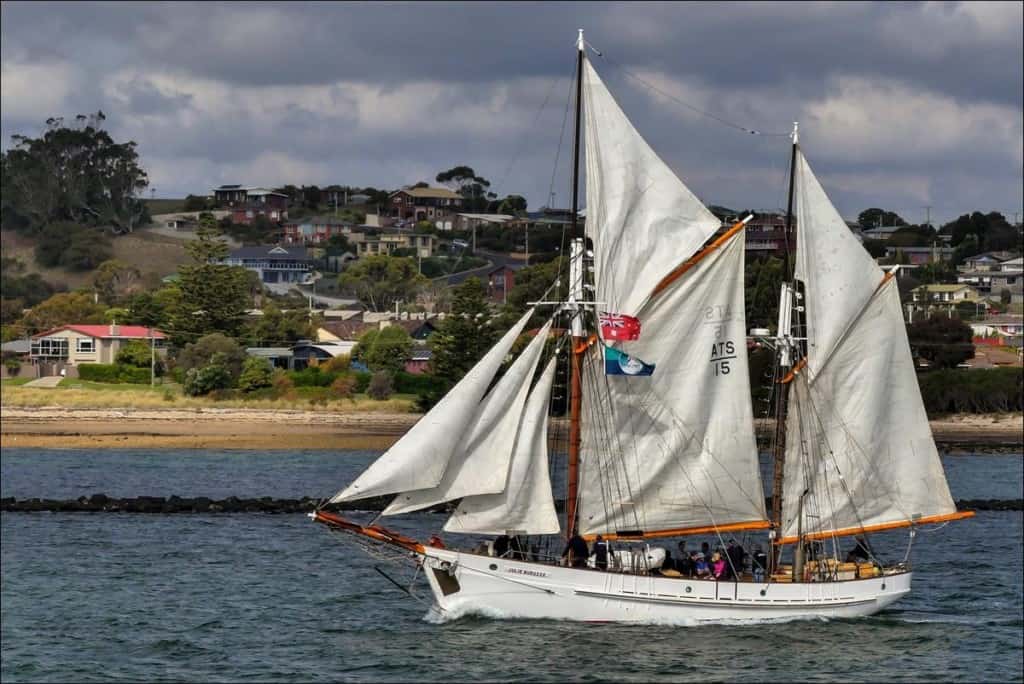 Devonport City Council has chosen the current crew and volunteer operations committee as its preferred proponent to take ownership of the historic sailing ketch the Julie Burgess following an Expressions of Interest process.

The Julie Burgess Working Committee is committed to retaining the ketch in Devonport and aims to establish an incorporated organisation to own and operate the vessel, similar to the Tasmanian Sail Training Association, which operates the Lady Nelson out of Hobart.

“The application is made by the current crew and volunteer Operations Committee (and) therefore the applicant possesses a significant understanding of the operations of the vessel and their application demonstrates a depth of knowledge related to the vessel and its history.”

The commitment to operate the vessel in Devonport met Council’s desire to retain the Julie Burgess in the city, in part respecting the investment made by the community in the vessel.

Council received many letters of support from community members keen for the vessel to remain in Devonport, and for the city to seek to capitalise on its rich maritime history.

The Committee will work with Council over the coming months, to develop its administration and marketing capacity and the parties will seek to negotiate an agreement subject to several conditions.

It is also seeking $210,000 in financial assistance from Council to operate the vessel over the next five years, a licence to use the existing pontoon at Reg Hope Park and capital expenditure, specifically the construction of a concrete pad at Reg Hope Park on which to install a shipping container.

From a financial aspect the agreement between the parties will not be significantly different to the current model.

However, it will reduce some of the operational overheads and risk for Council and give the Julie Burgess more autonomy by being operated by the group.

Expressions of Interest closed on Friday 29 November 2019 and the eight applications were reviewed by Council at a workshop on Monday 3 February, resulting in four applicants being shortlisted for further consideration. Three of the four shortlisted applicants presented to Council last month, with one withdrawing from the process.

The vessel currently has an annual operating deficit of about $65,000 and is valued for insurance purposes at approximately $1.7 million.

The Julie Burgess was built in Launceston in 1936 for Captain Harry Burgess to harvest crayfish in Bass Strait and regularly transited the Strait to Stony Point, in Westernport Bay, Victoria.

It was the last specifically built vessel of the Burgess family fishing ketches operating out of their home port of Devonport.