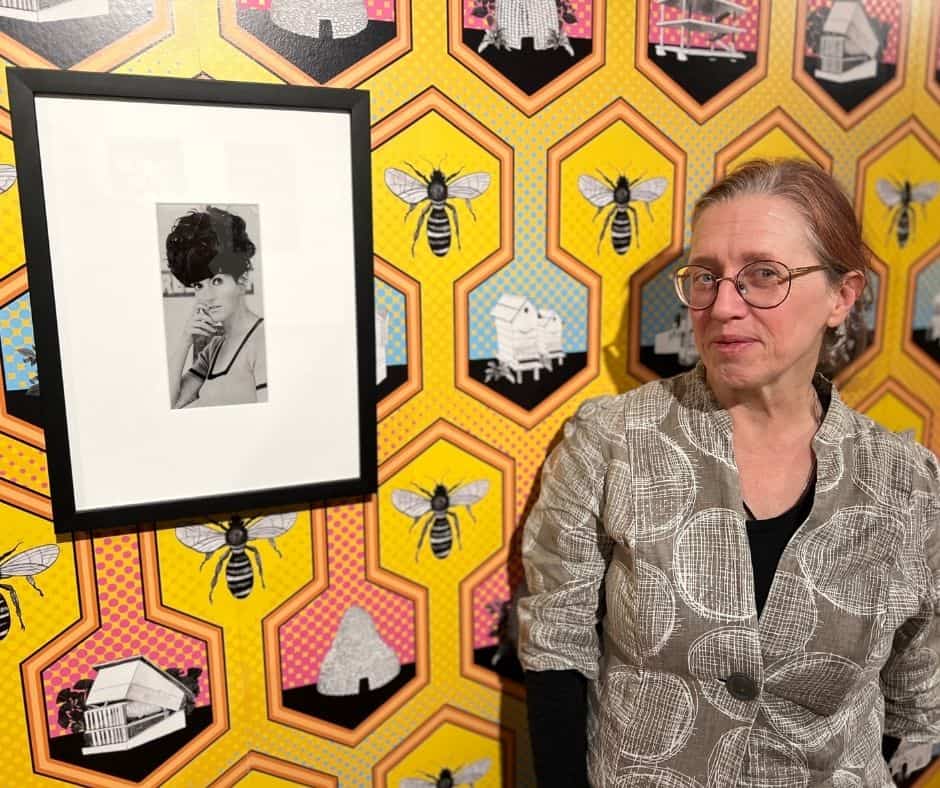 Curated by UNSW Galleries, the exhibition brings together the artist’s most significant video installations, including City of Ladies (with Elise McLeod, 2017), The Beehive (2018) and Stories of Kannagi (2019).

“These Stories Will Be Different brings together a fascinating series of works that reimagine a medieval feminist utopia, probe the unsolved murder of a high-profile anti-gentrification campaigner and explore the connections between love, loss, and language in migrant communities in Australia.”

Born in 1972 in Melbourne and now living in Bulli, on Dharawal land on the south coast of New South Wales, Begg’s practice incorporates film, drawing and installation.

The award-winning artist and filmmaker whose work has been exhibited widely in Australia has an interest in exploring contested histories. Begg has a PhD in Art Theory from UNSW and is on the Artist Advisory Board for the Museum of Contemporary Art Australia.

She was the winner of the 66th Blake Prize Established Artist Residency in 2021, one of six artists selected for the ACCA Open commission in 2020, and was recipient of the inaugural 2018 ACMI + Artbank Commission, supporting artists working at the nexus of art and film.

“All my work has been about ways of living and inhabiting the world … how we can live in the world differently. I am not sure if art alone can create a different world – but it can help us see how one could come into existence, and the ways in which we can contribute to this process,” Begg said.

Curated by UNSW Galleries, Sydney and touring nationally in partnership with Museums and Galleries of NSW, These Stories Will be Different will tour from 2022 to 2023 visiting Redland, Shoalhaven, Devonport, Wagga Wagga, Hobart, Tamworth, Swan Hill, Port Macquarie, Mackay, and Kalgoorlie.

“Zanny Begg is an unparalleled visual storyteller. Her works present kaleidoscopic impressions of people and events through interviews, performance, and computer-generated re-sequencing that make the experience of viewing her work endlessly fascinating,” Director of UNSW Galleries José Da Silva said.

About the works:
The City of Ladies (2017) is a video installation produced in collaboration with director Elise McLeod. It takes inspiration from The Book of the City of Ladies, written in 1402 by France’s first professional female writer, Christine de Pizan that imagined a utopian city built, populated, and governed by women. Begg and McLeod developed the work with a group of young Parisian feminists who explore life for women in contemporary Paris. Aspects of Pizan’s book weave through the work, conveying the persistence of misogyny and feminist modes of resistance. The non-linear form of the work is created by an algorithm that randomly combines more than 50 sequences to create over 300,000 possible story variations.

The Beehive (2018) explores the unsolved murder of Sydney anti-gentrification campaigner and glamorous style icon Juanita Nielsen. Nielsen campaigned against the violent eviction of tenants from Kings Cross and Potts Point, who were being pushed out to make way for apartment blocks. On July 4, 1975, Nielsen was last seen entering a venue managed by one of Sydney’s most notorious crime bosses. Her body has never been found; her murderers never charged. The Beehive uses an algorithm to create a randomised non-linear video installation that allows multiple versions of the story to unfold. There are over 1344 versions of the film, and each viewing offers a unique insight into this unsolved mystery.

Stories of Kannagi (2019) explores the impacts of colonisation and civil war on Tamil communities living outside of Sri Lanka by looking at interrelated issues of love, language, and storytelling. The film reimagines the 2000-year-old story of Kannagi, a young woman who is forced into exile by her husband’s misdeeds yet defends him against injustice in their new homeland. Initiated by Jiva Parthipan and created in collaboration with members of the Tamil community in Western Sydney, Stories of Kannagi features three Tamil writers based in Australia who, like Kannagi, use language as a form of resistance: Niromi de Soyza, Shankari Chandran and Srisha Sritharan.

These Stories Will Be Different opens at the Devonport Regional Gallery on Friday, 3 June at 6pm and will be on display until 9 July 2022.