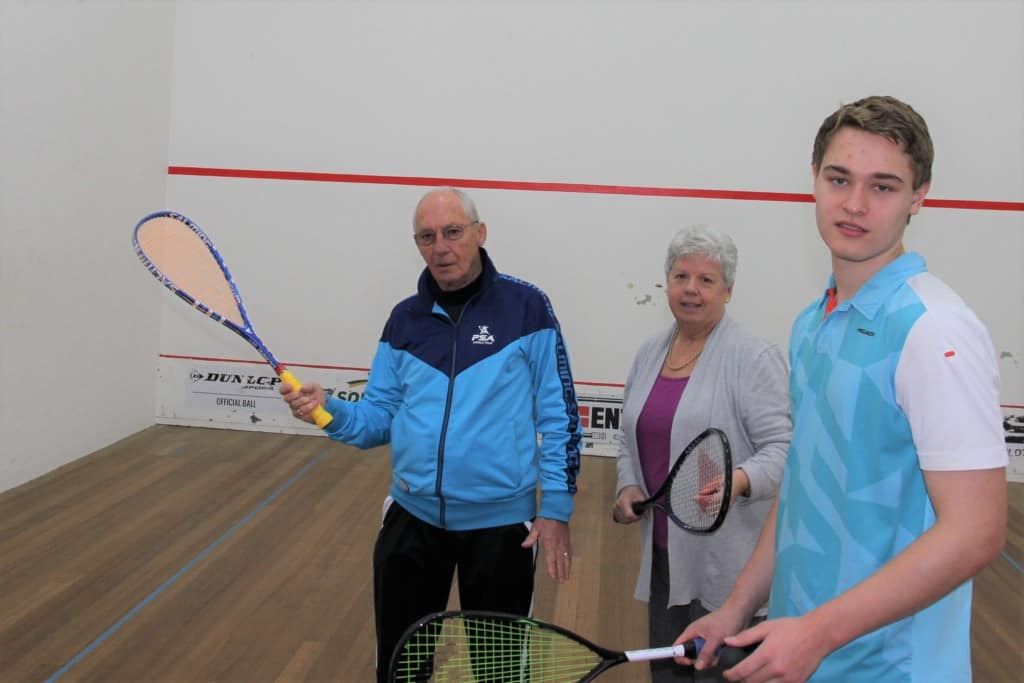 Top flight men’s squash will return to the city next weekend when Devonport hosts the $11,000 (US) 2019 City of Devonport Tasmanian Open.

Local teenager Jamie Pattison has also been included in the main draw and will face Queenslander Thomas Calvert, ranked inside the world top 200, in the first round.

Jamie said he was looking forward to the challenge of facing a quality opponent.

“I saw him play as a junior when he won the Queensland title and I think he won an Australian junior title as well,” Jamie said.

Jamie said it would be a great experience to see how the world’s elite prepare for their matches.

“It will be good to see how they warm up and what they do as part of their preparation.”

Jamie said he hoped his local knowledge of the courts will give him some advantage.

The highest ranked player to be coming to Devonport is world number 68 Rex Hedrick. Hedrick is one of four players ranked inside the top 100 who have entered. Frenchman Victor Crouin and Malaysian pair Mohd Syafiq Kamal and Addeen Idrakie are the others.

Tournament organiser and Devonport Squash Club president Leon Barnett said squash fans would be treated to some quality play throughout the tournament.

“With 13 players inside the world top 200 this is a classy field and I am delighted with the calibre of player that has entered.”

Mr Barnett said the tournament would not be possible without the support of the Council.

“The Council’s support has been critical in helping us to secure such a high calibre field,’’ he said.

Mayor Cr Annette Rockliff said Council was pleased to have been able to help attract a quality range of national and international players to the city.

“The Council is always seeking to support a range of different events, and therefore attracting visitors to Devonport and this is just one example,’’ he said.

Matches will begin at 6 p.m. on Thursday 11 July, from 5 p.m. the following day and from midday on Saturday 13 July with the final beginning at 1 p.m. on the Sunday.

Admission is free and refreshments will be available.