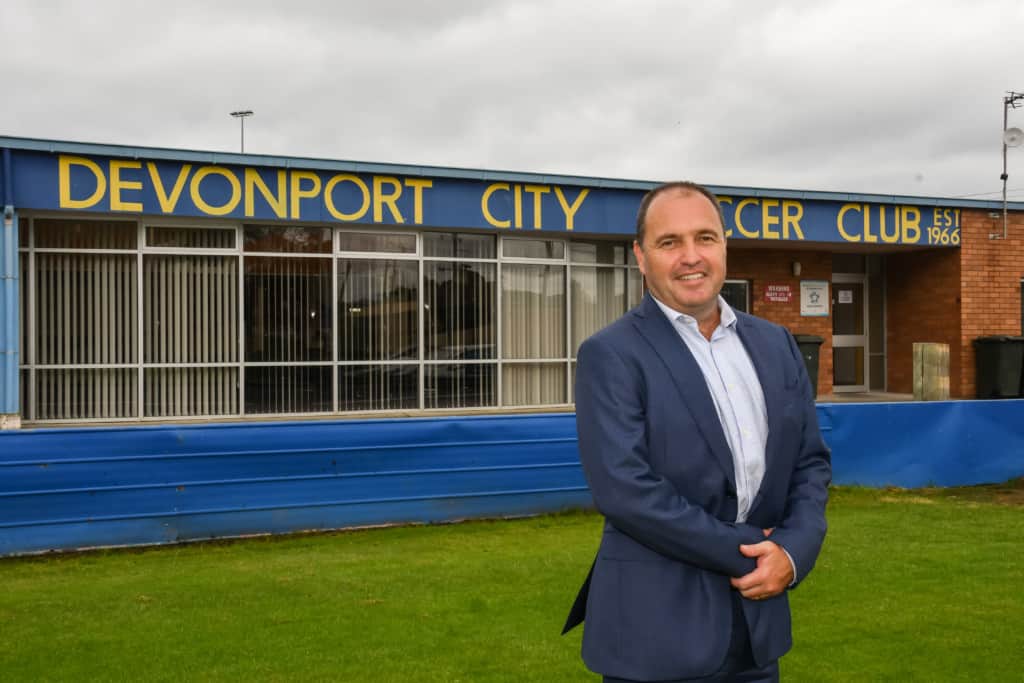 Council’s COVID-19 Response Committee announced earlier this month that it would waive the fees, initially for the winter season, at a cost of about $22,000.

“We have reviewed all of the costs in the club and (ground fees) is one of those expenses so it certainly assists us (with our hibernation plan).”

Devonport Football Club president Gerard Enniss said the waiving of fees was a welcome boost to the Magpies during a difficult period.

“It gives us an opportunity to survive. And there are a lot of clubs in the area who are in exactly the same situation so for Council to do this is very welcome,” he said.

“The situation is we have no income coming into the club.

“The only way we have income is if the club (bar facilities) is open, from patrons on Saturdays when we have games and through sponsorship.

“Our football club, like any sporting club, have a number of expenses and they will continue regardless of that fact that we have no income at present.”

“By doing this Council is also being very supportive of our community because that is why we operate – to support the community.

“And we will be able to continue on other side of this, when that happens.”

“From our point of view, it would be pretty difficult to pay it when we do not have any revenue,” he said.

“It really is a case of Council sharing the load. As with all sporting clubs in this area we are volunteers, and this is one less thing which we need to worry about.”

Council has also provided $50,000 in grant funding to both the Strikers and East Devonport Football Club to support State and Federal Government funding commitments towards upgrades to changerooms aimed at supporting female participants. It has also supported a similar project for the Devonport Football Club with a $50,000 grant, a ground lighting upgrade at Girdlestone Park and a facilities upgrade at Meercroft Park with the total value of all projects $3.04 million.

Mr Smith said the funding support was crucial in enabling the club to remain at the forefront of the sport in Tasmania.

“The capacity of our existing facilities could not cope with the number of (female) participants at the venue. Valley Road has been included in Australia and New Zealand’s women’s World Cup bid as a potential training venue (in 2023) and this will be integral to ensuring we can reach the requirements.”

Mr Enniss said he believed it was critical that Council had agreed to support its bid for changeroom improvements.

“Providing modern changing facilities is crucial if we want to encourage more females to be involved (in the sport).”

Mr Delanty said while it would take a few months, the installation of better lighting at the ground there could be some benefits later in the year, particularly if the NWFL decided to include some midweek night games in the roster.

“It may mean we can have some more home games (and benefit from the revenue which would result).”

The Mayor Cr Annette Rockliff said Council had been mindful of the financial strain placed on sporting clubs by COVID-19.

“These clubs provided essential support to many within our community and Council was keen to provide them some assistance,” she said.

“It is important that they can weather this storm and remain viable to be able to continue the important role they play within our community.”

Cr Rockliff said sporting clubs would not need to take any action to access the support.

“Council will simply not be billing the fees for the winter season, at least. We will re-look at some sports later when the length of the current shutdown becomes more apparent.”

Cr Rockliff said the Committee was continuing to meet as it planned future actions to support the community.

“To date Council has waived parking fees, ground fees, the interest on the fourth instalment of rates until June 30 and made a commitment to pay suppliers within 14 days to improve business cash flow but understands there is more that it may be required to do.”