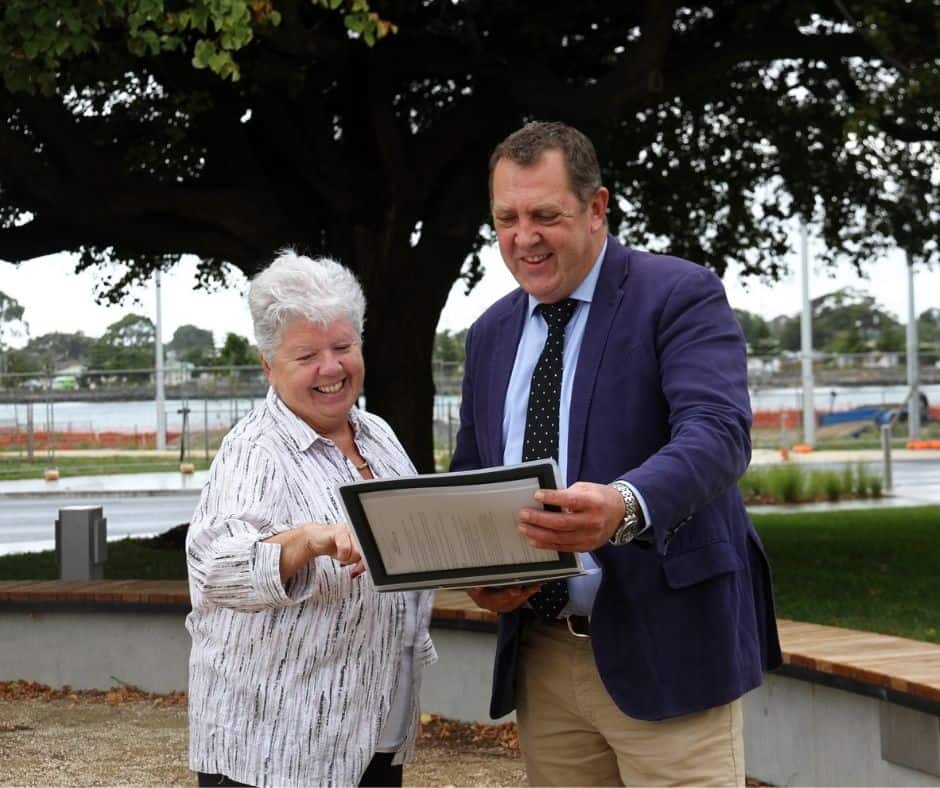 Devonport City Council welcomed today’s announcement by Braddon MP, Gavin Pearce of $1.5 million from the Federal Government towards a Sound and Light Show in the LIVING CITY Waterfront Precinct.

Devonport Mayor Annette Rockliff said early research undertaken as part of LIVING CITY identified the lack of  quality night-time attractions in North West Tasmania and the detrimental impact this was having on attracting overnight visitor stays.

Cr Rockliff said it was from this research that Council  commenced exploring the idea of a sound and light show.

“The concept was developed some time ago and this funding now allows design work to commence immediately. Actual  on-site construction timeframes will be confirmed once the design is completed and the production of specialist components are locked in,” Cr Rockliff said.

“Council is confident the engaging experience will become a must-see night-time attraction and the ‘icing on the cake’ for the new Waterfront Park, which is currently under construction and due to be completed later this year. “

Cr Rockliff said Council expects the Sound and Light Show will underpin an increase in overnight stays and
visitor spend in the North West region.

She said this view is supported by independent analysis undertaken by recognised
economists Hill PDA, who estimate a conservative increase in tourism numbers of just 2.5% on 2018 levels, will inject $4.4 million annually into the local economy.

“In addition to the estimated growth in tourist visitation as a result of the new attraction, it is anticipated that the show  will transition a proportion of existing day-visitation towards longer, overnight stays, further growing tourism expenditure in the North West region,” Cr Rockliff said.

“The Sound and Light Show concept has been created by internationally recognised creative designers, Mandy Lights, and incorporates captivating visual and sound elements based on unique local surrounds, celebrating the beauty and distinction of four themes synonymous to the area – Mountains; Fields; the City; the River and
Strait.

“In addition to this principal show, it is expected that additional Sound and Light Show content can be developed over time, providing the opportunity for further interpretation and celebration of the unique natural and cultural values of the places and people of our region.”

The State Government has committed a further $750,000 to the project, which is estimated to cost $3 million in total.