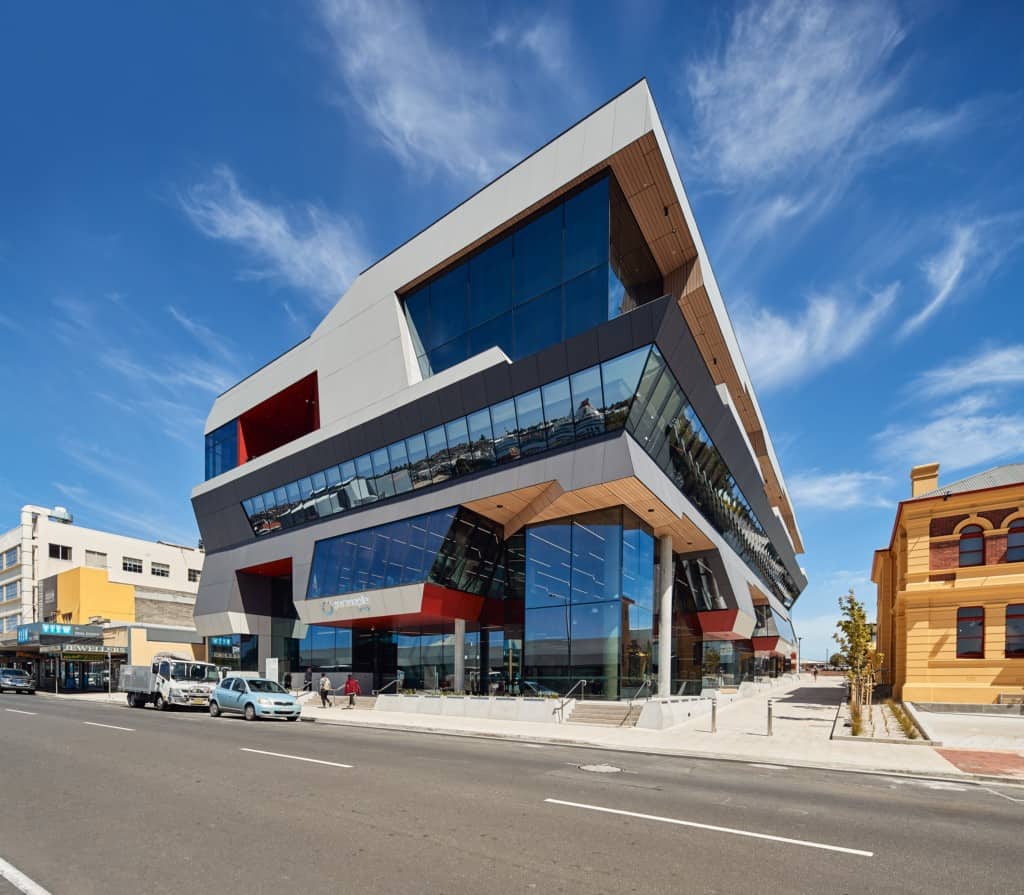 The Devonport City Council is celebrating the one-year anniversary of the public opening of the paranaple centre this week.

“There is no doubt that members of the public have embraced the new centre and the facilities it offers,” Cr Rockliff said.

Devonport Library manager Jane Forward said the library’s programs had flourished in the 12 months since its move.

Participation in public programs has grown by 80% and the number of new members joining the library is up by more than 100% on the same period in the year before its doors were opened.

“We’ve continued our monthly Living Room program of ‘community conversations’ where we host special guests in the peninsular space on Level one.

“We’re able to quickly move shelving and bring in comfortable furniture so the space resembles a community lounge room.

“Our early learning programs, such as Rock and Rhyme and Storytime, are thriving in their new children’s space on the ground floor too. Because this area is so visible, we’ve seen huge growth in these programs as more and more curious kids and families join in.”

Ms Forward said staff had worked very hard over the first 12 months to deliver an “exceptional” new service experience for the community.

“It’s so rewarding to see clients enjoying all of the fun, function and connectedness that the new library provides.

“The library is thriving.”

The paranaple convention centre and meeting rooms have hosted almost 400 non-council events since opening in September last year, far exceeding expectations.
This includes an average of over one event per week in the Level 3 convention centre.

Members of the public and community groups can find more information about hiring a meeting room or conference facility at the https://www.devonport.tas.gov.au/visit-devonport/see-and-do/paranaple-convention-centre/

More than 122,000 customers have been served at Service Tasmania since it relocated to the paranaple centre.

Of those transactions, almost 10,000 have specifically been on behalf of Devonport City Council but did not take into account the many visitors that have passed through their doors to simply seek help with a form, make a phone call or just ask a question.

Mr Atkins said all of Council’s payment-related services, which make up the largest percentage of customer-facing transactions, are now being successfully delivered by Service Tasmania.

He said Council had delivered on its intent to offer ratepayers a continuity of service where they could pay not only their Council payments but also their State Government payments from the one location.

“The community is now beginning to see Service Tasmania as a one-stop shop to complete a diverse range of transactions where they can pay for their licence renewal and rates (at the same time from the same counter).”

“Ratepayers also now have the ability to go into any Service Tasmania outlet and make any of their Council transactions and many people are taking advantage of that.”

Council will celebrate the occasion with an open day in the paranaple convention centre between 3 pm and 5 pm on Friday.

The event will include a jumping castle in the paranaple convention centre for children.

“Obviously, there will be people in the community who have not yet visited the convention centre, and this is an opportunity for them to come in and have a look around with staff on hand to answer any questions,” Mr Atkins said

Architect Neil Appleton, from Lyons Architect, will discuss the new building in the Library’s Living Room gathering on Level One from 10 am on Friday.