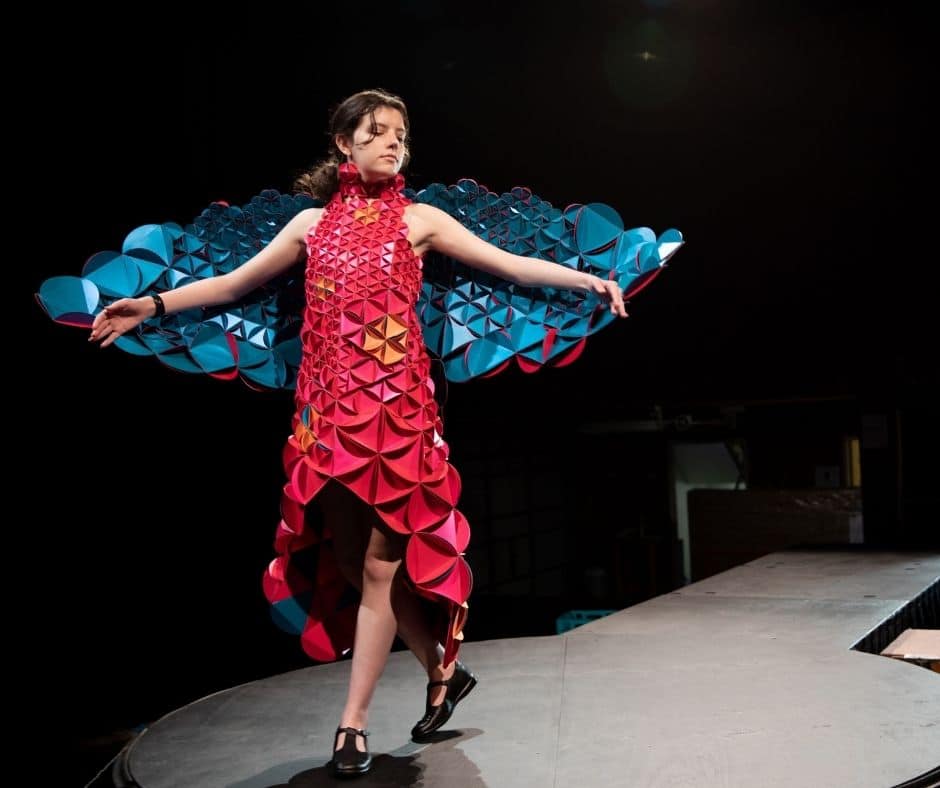 Convention and Art Centre Director Geoff Dobson said the 10th anniversary of Paper on Skin celebrates the tradition of paper making history in the North-West of Tasmania.

Paper on Skin is presented in partnership between Devonport City Council and the Burnie Arts Council and is assisted through Arts Tasmania.

Mr Dobson said the award is open to Australian and international artists who are invited to submit entries with the challenge of creating wearable art works made from a minimum of 80% paper.

“Paper on Skin has grown in strength with each iteration, and this year the gala event will include the highest number of garments presented in the parade,” Mr Dobson said.

“The judges selected 37 works from around the globe, by 43 artists from 13 countries including five from Tasmania, some of which are well known luminaries of the international papermaking community.

“The 37 entries are competing for six awards worth over $10,000 in prize money and the winners will be announced on the night.”

While the award evening is not at the level of the MET Gala, Mr Dobson said guests are encouraged to wear something fabulous.

“The gala evening commences with a pre-show entertainment by Slipstream Circus and the catwalk parade will feature a live performance by local band Alluvium, Paul Corfiatis and Aaron Hopper, who will perform an original score,” Mr Dobson said.

The Paper on Skin Gala Parade and Award Evening will be held at 6pm on Friday, 17 June at the paranaple convention centre. Tickets are $120 and can be purchased from the paranaple arts centre Box Office or online at https://www.paranapleartscentre.com.au/events/paper-on-skin-gala/
Buy early as seating closest to the catwalk will be allocated first.

Tickets include a free drink on arrival and canapes, plus a two-course dinner. Paper on Skin will be on display at the Devonport Regional Gallery from 23 June until 30 July 2022.