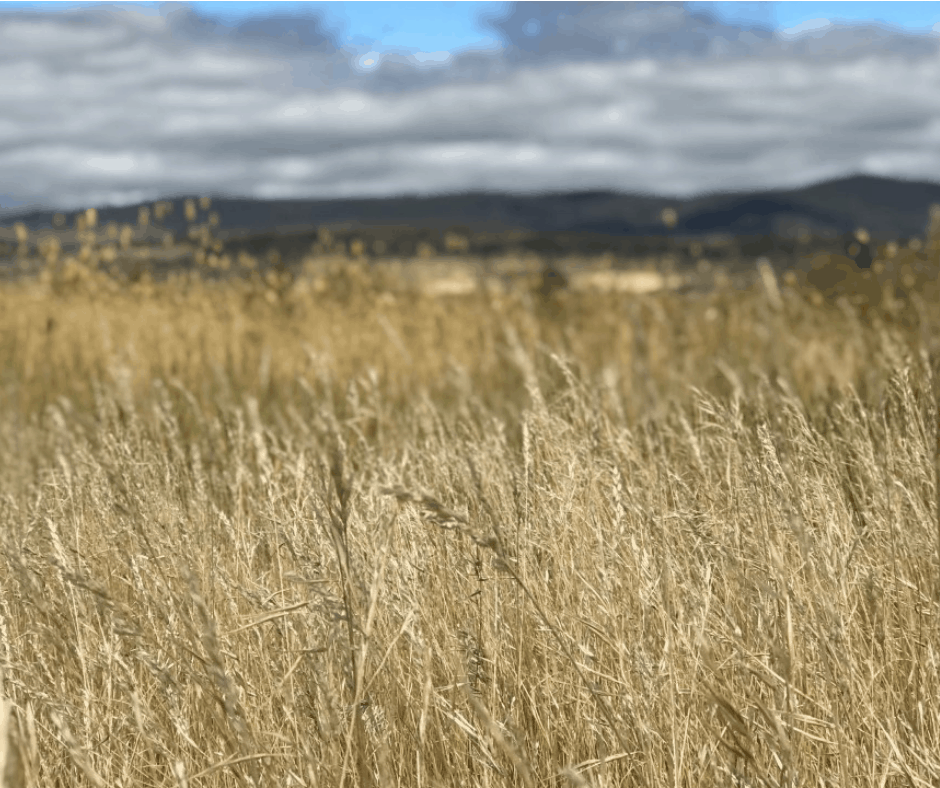 A collaborative installation evoking Tasmania’s Midlands landscape and a reflection on displacement, regeneration, and conservation by artists Patrick Sutczak and Karen Hall, is currently on display in the Devonport Regional Gallery’s Upper Gallery.

According to the artists, the Grass/Lands exhibition works were built upon their ongoing collaboration in exploring how creative practice can become a catalyst for the communication of restoration ecology initiatives.

“We have spent time researching the Midlands landscape and have worked with scientists to gain an understanding of the impact that imported grasses has had on native grasses,” Dr Hall said.

“Imported species are a marker of settler colonisation and the agricultural practices that created conditions for introduced grass species to flourish are bound up in the larger patterns of displacement in intertwined cultural and ecological contexts,” Mr Sutczak said.

Convention and Arts Centre Director Geoff Dobson, said entering the gallery space invites viewers to place themselves over the fence line, to be amidst this changing landscape.

“The way the sculptures depicting the grass are placed on plinths, makes you feel as if you are walking through instead of on the grass. The shadow play these sculptures cast are also part of the work,” Mr Dobson said.

Both artists are part of the University of Tasmania’s School of Creative Arts, with Dr Hall a curator and lecturer in theory, and Mr Sutczak an artist and curator who is undertaking his PhD Candidature.

Also in the Little Gallery is a new photographic exhibition by Devonport-based artist, Brian Sollors titled the un-Common ground, which deals with the urban environment that is built as a form of social, and cultural cohesion.

Mr Sollors said the imagery is of the diverse technologies and infrastructure that people take so much for granted, to maintain a liveable city for all.

“The streets, houses, hospitals, schools, shops, public and commercial buildings, parks and gardens, the power grids, bridges and docks. All are supported by the qualities of the broad structural fabric we create,” Mr Sollors said.

Mr Sollors had an interest in photography for many years and achieved his Diploma of Photography at TAFE, Devonport in 2015.