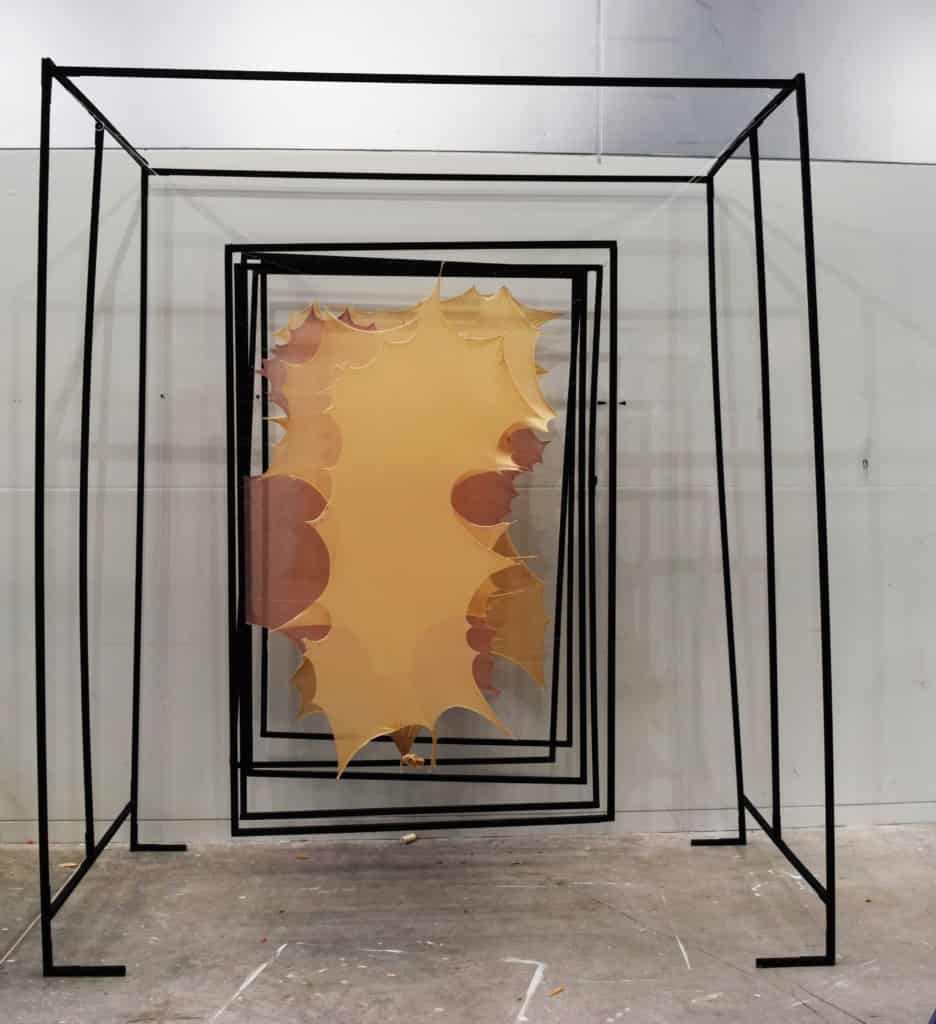 This month will see the opening of three new exhibitions at the Devonport Regional Gallery – Modern Sublime – Photographs from the Robinson Collection, Rust, Resin and Reality by Darryl Rogers and Serene and Menacing by Olly Read.

Traditionally, the word ‘sublime’ has referred to feelings of awe inspired by nature. However, in the 20th century, the notion of the industrial sublime emerged – the feeling of awe induced by machines, technology and progress. Modern Sublime explores this idea, with focus on the former Edgell factory, at Quoiba.

Devonport was once the largest processor of peas in Tasmania, and this played a vital role in the economy of the North-West region. This exhibition traces the journey of the humble pea from harvest, to factory and store, through images which celebrate technology, machinery and production.

Modern Sublime has been curated by Erin Wilson

Following the oral history Robinson Project in 2018, the gallery is now gathering anecdotal stories from community members who have had a connection with Edgells in the region,

In order to enhance information about this aspect of the Robinson Collection and ongoing research purposes, people are invited to leave their comments whilst visiting the exhibition or to email their memory to [email protected]

Darryl Rogers has had   a long career as a theatre and museum designer also working in in television broadcast production and, for the last decade, working within videoart. This exhibition contains a selection of works that Darryl have been working on for the last 12 months.

Impermanence, permanence, transience and the timeless are symbolised in a series of 3D works where rust and resin are used as the primary sculptural medium. As a sort of physical manifestations of temporal extremes, these two materials in concert with assemblage, text and other detritus explore aspects of quantum physics, the metaphysical and other entangled bits of informed reality.

These sculptural works are a type of fusion of collage, painting and sculpture created from found objects, text, clocks, toys, animals are combined with other plastic mediums such as resin and rust.

Devonport-based artist, Olly Read’s works are driven by exploring materiality and how tactility and tension can be communicated and speak to larger, disparate, ideas.

Read wants to depict reality in all its horror and beauty, the reality of life, of the human condition and of how we relate the physical world.

Olly has through his experiments with the materials employed, in these works aimed at expressions of tension between body, object, and environment; their ephemerality, the violent cycle of transformation, growth and decay.

Read completed his Honours year in Bachelor of Contemporary Art degree in 2019 at the University of Tasmania, Launceston.