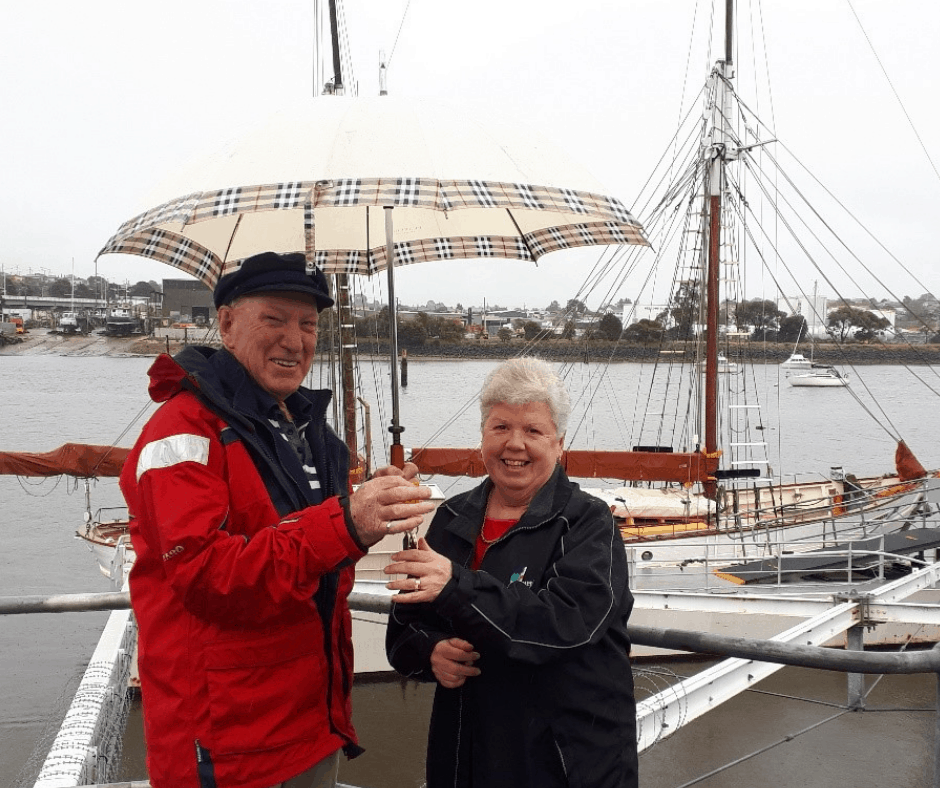 Devonport City Council has transferred ownership of the Julie Burgess, through a Deed of Gift to Julie Burgess Inc., an independent organisation established to operate the vessel in Devonport.
The Julie Burgess is a two-mast ketch, listed on the Australian Register for Heritage vessels. It is also a classified ship with the National Trust. The vessel was built in Launceston for Captain Harry Burgess, in 1936. It was purpose built to harvest crayfish in Bass Strait and regularly transited the Strait to Victoria. She was the last purpose-built vessel of the Burgess family fishing ketches to operate out of Devonport.
In 2009, Council received a Federal Government, Jobs Fund grant for the project ‘Julie Burgess: Maritime Discovery Centre’. The grant enabled Council to purchase and restore the vessel to operate her as a passenger carrying sailing
attraction out of her home port of Devonport.
After eight sailing seasons, a thorough operational review was provided to Council in August 2019. The review highlighted that passenger numbers and engagement in the vessel was decreasing year-on-year, and that Council did not have the
capacity, nor the resources to diversify the operation and increase the levels of engagement.
Subsequently, Council undertook an expression of interest process to seek an alternate operator, preferably one who would continue to operate the Julie Burgess in Devonport.
As a result, Julie Burgess volunteers and members of Council’s Julie Burgess Operations Committee sought to establish the independent organisation, Julie Burgess Inc. to takeover operations from Council.
Members of Julie Burgess Inc. have extensive experience in operating the vessel, with several members having volunteered with Council on the project since its inception in 2009.
Council agreed to allow Julie Burgess Inc. six-months to fully establish itself and undertake the appropriate requirements.
Mayor Annette Rockliff said, “It is wonderful that the vessel will remain in its home port and continue to provide a visitor attraction for Devonport.
“Council have worked with Julie Burgess Inc. and are excited about the plans they have in place for the future.
“All the hard work of volunteers over the last 10 years has not been lost, and the vessel will continue to be enjoyed in Devonport.”
The Bass Strait Maritime Centre will continue to promote heritage sailing vessels of Bass Strait and be a source of  information on the Julie Burgess. Sailings on the Julie Burgess, however, will now be purchased online through www.julieburgess.org
ENDS
Media Contact:
Jacqui Surtees |Executive Coordinator |Devonport City Council
03 6424 0560 | 0427 132 972 |[email protected]
Print This Post
PrevPrevious Article
Next ArticleNext