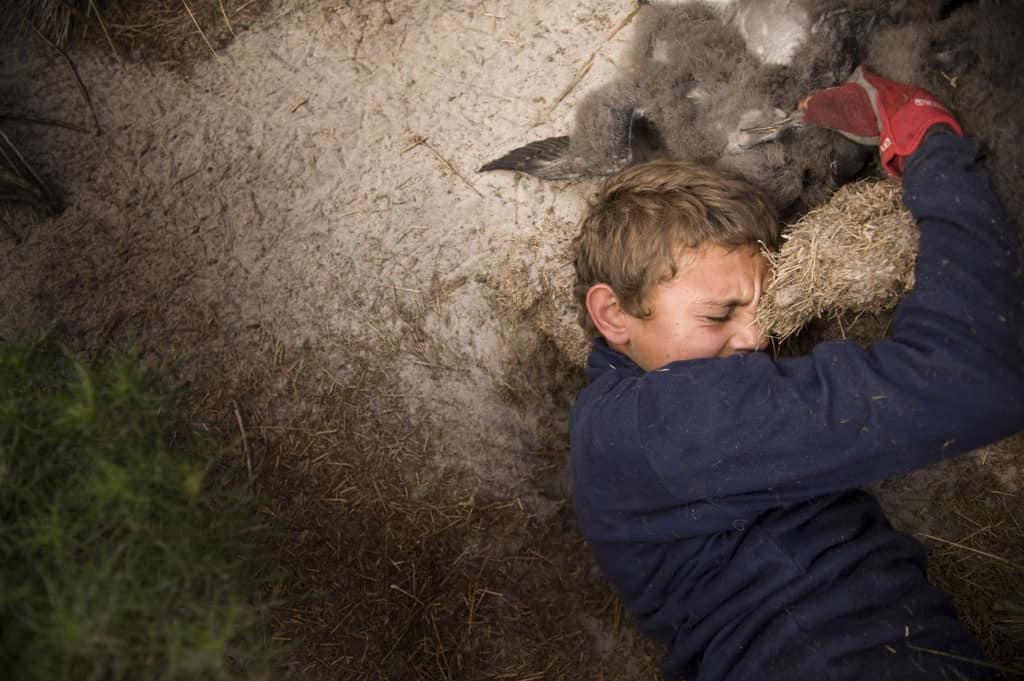 Two new exhibitions – Here at the Earth’s End and Shattered – will open at the Devonport Regional Gallery, in the paranaple arts centre, next month.

Both will open on 6 September with Here at the Earth’s End running in the Upper Gallery until 24 November and Shattered in the Little Gallery until 13 October.

Here at the Earth’s End brings together eight Tasmanian artists whose work is held in the Devonport City Council’s permanent art collection. These artists act as both artists and activists through their work exploring environmental, social and political issues of Tasmania’s past, present and future.

In her work #scrimshaw, Fiona Tabart considers the past, present and future of whaling and its implications for the future of the species while Joel Crosswell’s work Galaxias focuses on the freshwater Central Tasmanian Clarence Galaxias trout, linking its status as critically endangered with humankind’s own vulnerabilities.

Julie Gough’s installation We ran/I am comprises a series of photographs documenting Gough symbolically running the notorious Black Line, while Ricky Maynard’s photographic series Portrait of a Distant Landscape reflects on a history of prejudice and injustice as well as celebrating the land, life and cultural practices of the people of the Bass Strait islands.

“Some of these artists have been involved in direct activism alongside the production of their work. Others deliver a call to action on matters of environmental sustainability and climate change,” curator Erin Wilson said.

“Many bear witness to social and political histories that have left lasting scars on this island and its people.

“Each of these artists, through their works, has borne witness to the past, present and future events that shape this island, providing commentary, insight, and reflection on the ever-evolving story of Tasmania.”

Shattered, by Launceston artist Anne O’Connor, contains 13 photographs taken in the now abandoned Royal Derwent Hospital, a psychiatric hospital in New Norfolk which operated from 1827 until 2000.

The photographs capture the broken glass, graffiti riddled walls and dilapidated interiors of the hospital.

O’Connor wants viewers to consider the people who called the Royal Derwent home over many years; their struggles, their isolation and the loss they experienced due to mental illness.

The exhibition aims to draw attention to a subject that is often hidden, and to start a conversation about the support systems needed for those who struggles with family issues, homelessness and mental illness.

They will discuss the exhibition and its exploration of the Royal Derwent Hospital, while reflecting on mental health in time and place.

Out of Sight, Not Out of Mind: A conversation with Anne O’Conner, Dr Ben Elijah and Dr Eric Ratcliff: Saturday 12 October, 11am