Tasmanians may not of heard of the man who describes himself as a ‘Vagabond Comedian’, but his list of accolades across a career that has stretched over 50 countries and 6 continents is impressive:
– Shortlisted for Best Comedy at Fringe World Perth in 2017
– Nominated for Best Comedy at JFL Montreal in 2018
– Winner for Best Storyteller, The Moth
– Played to sold out audiences in Adelaide, Melbourne, London, Edinburgh, Singapore, Montreal & Calgary & Edmonton, Orlando & Winnipeg.

Check out Marcus’ website (www.itsmarcusryan.com) for a multitude of glowing reviews and his intriguing backstory.

Joining Marcus for the night will be another Australian comedian in David Tulk (check him out at www.tulkycomedy.com), and the night overall will be hosted by none other than Chris ‘The Bloke’ Franklin. 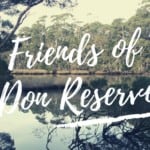 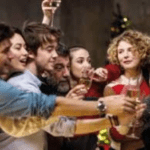