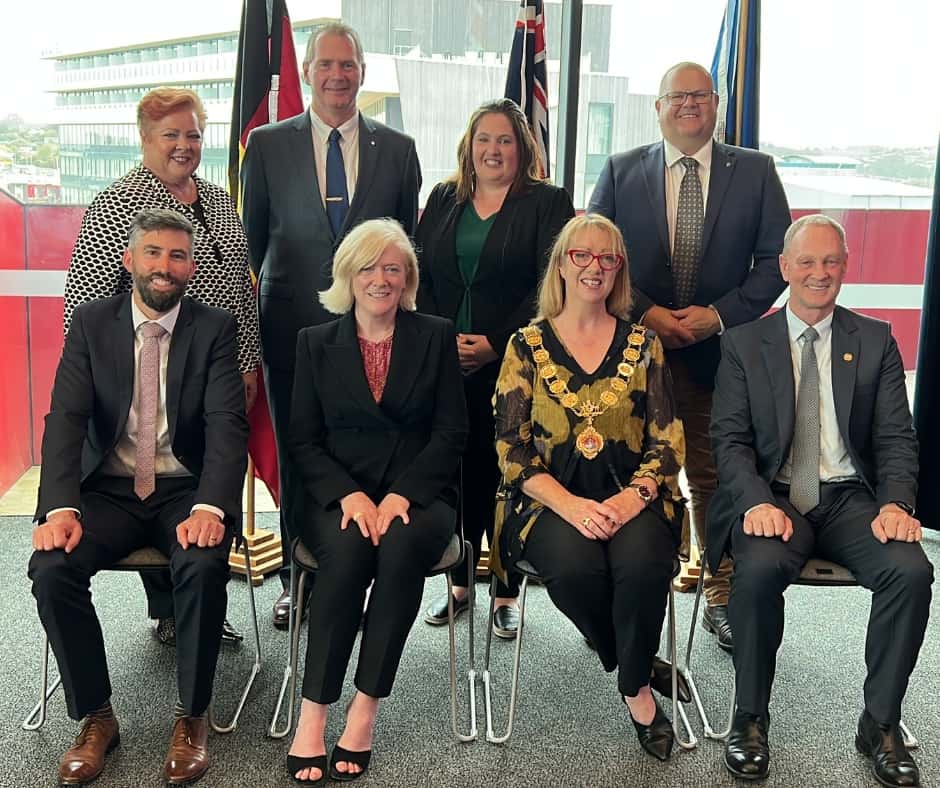 Devonport City Council’s new team of councillors were officially sworn in at the Declaration of Office ceremony today.

General Manager Matthew Atkins said the formal ceremony not only welcomed the new Council, but also acknowledged the impressive contribution from the previous Council during the last term

“Thank you to the dedication and service of all our councillors during these past four years. Our city is in a great position thanks to their vision and commitment to see Devonport continue its transformational journey,” Mr Atkins said.

“We welcome the new team of councillors who are all bringing their own strengths and abilities to the table, and we are confident they will continue to help Devonport embrace new opportunities and achievements in the years ahead.”

The ceremony today required each elected councillor to take an oath of office, committing to serving their community with integrity and honour.

Cr Jarman paid tribute to the outgoing councillors and welcomed the new team, which she believes boasts a great mix of skills and personalities.

“Devonport is in an enviable position and now is the time to think about what’s next and what’s the best outcome for our city,” Cr Jarman said.

“It’s an absolute honour to be Mayor of Devonport and I am looking forward to working with the new team to continue to make our city thrive.

“I’m keen to work together and always remember that we are here to serve our community, they are the reason we have this opportunity to lead, and we won’t take it for granted.”

The new council is scheduled to meet at its first ordinary meeting on Monday, 28 November from 5.30pm.