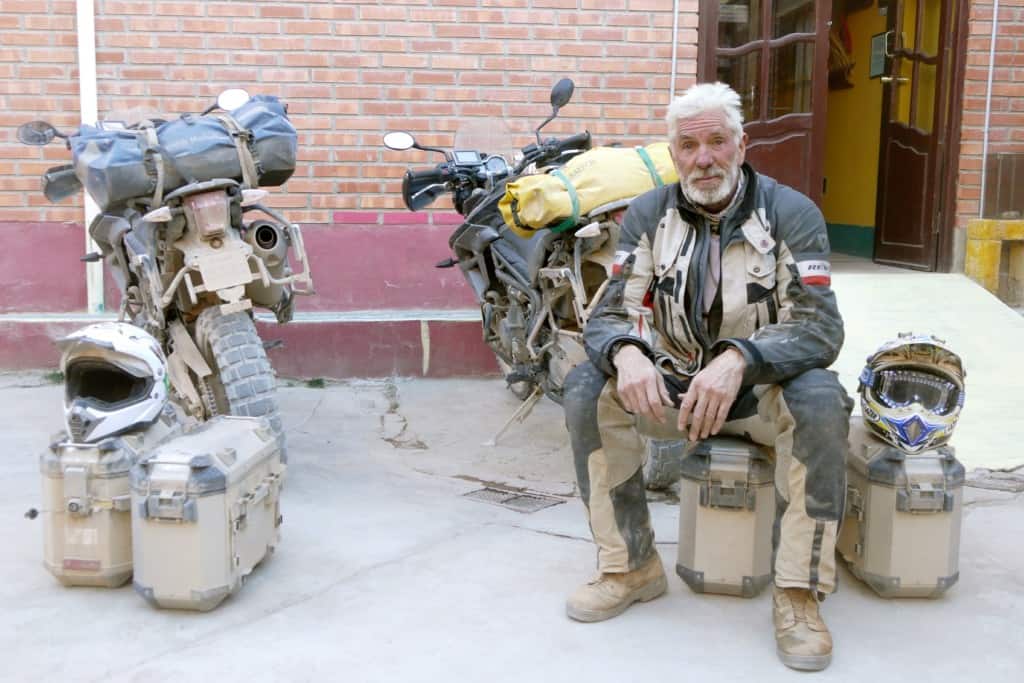 Billy Ward may not be a household name – but in the world of motorcycles, he is a legend!

Billy, pictured above, is the manager and right-hand man of English TV presenter, travel writer and actor Charley Boorman, who has documented many of his extraordinary motorbike adventures including two with close friend actor Ewan McGregor.

His most recent escapade was to one of the most dangerous war zones in the world – Iraq.

And he will bring that story to the big stage at the paranaple convention centre on Friday 13 March at 7.30 p.m.

Discover how Billy ends up riding a second-hand police motorcycle to Mosul in Iraq with Claudio von Planta (the cameraman from the Long Way Round television series which followed McGregor and Boorman 31,000 km from London to New York on motorcycles).

According to Billy, the adventure started in a familiar way.

“It started – as so many good stories do – with excessive alcohol consumption and ended up with a trip through a war zone,” he said.

“It was one of the most exciting adventures of my life. Though standing on the front line in Mosul – surrounded by military of one type or another – listening to the coalition jets above made me ponder What am I doing here?”

Listen as Billy tells his story about the people of this ancient and important part of the world.

Gain an understanding of the impact of unrelenting unrest, and the effect of US intervention and withdrawal.

Be amazed as he recounts a trip he calls “exciting, funny and sad.”

“Claudio opened up my eyes to many things – political, social, economic, power and control.”

“Our legacy, if we have one should be our understanding. My story is about how I fell into this adventure and how wonderfully good and bad, people can be.”