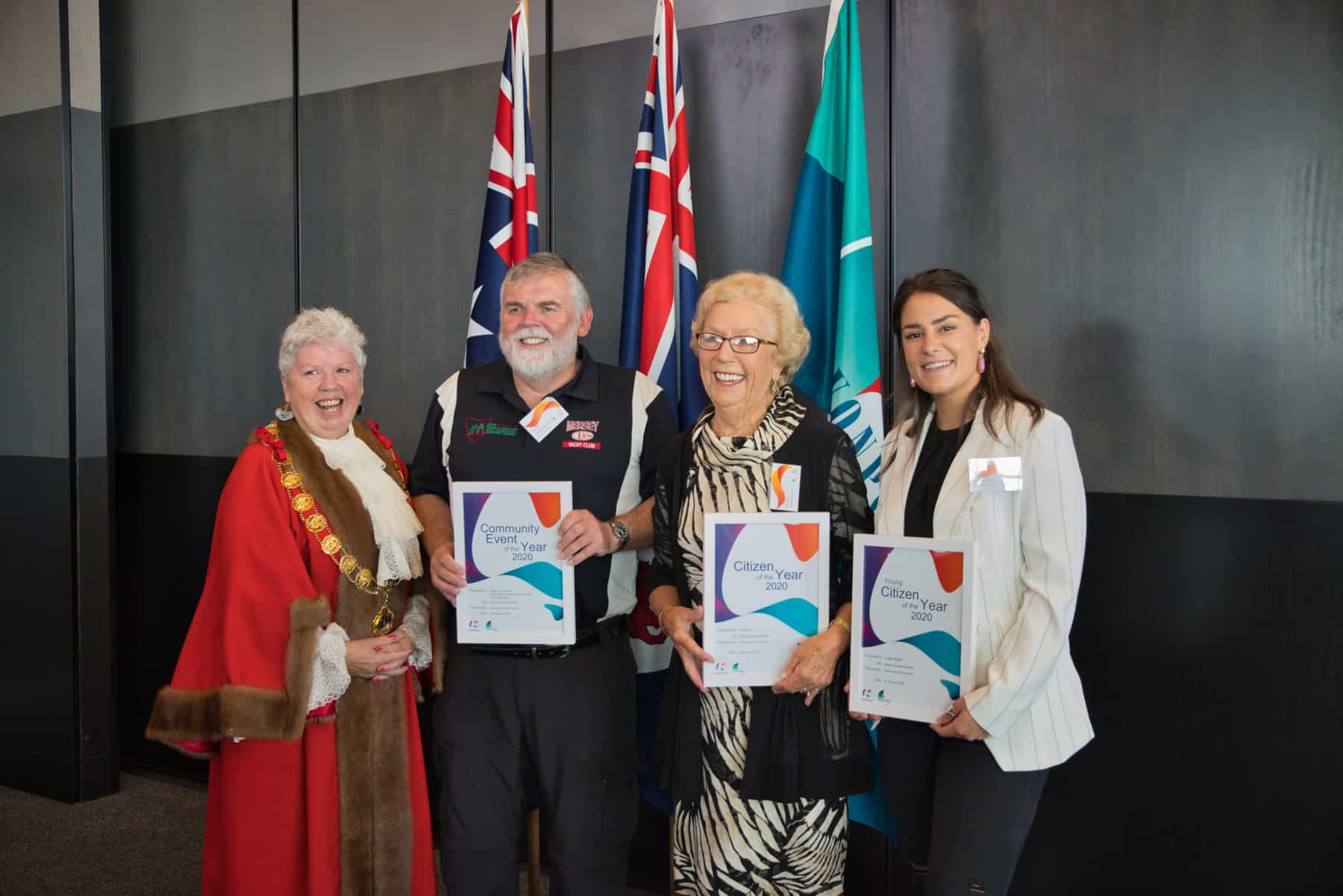 Mrs Kent developed the first canteen at the Spreyton Primary School offering healthy food for students and to raise funds for much needed school equipment. She also implemented improved business practices in the family businesses, guiding both businesses to receive accreditation to Australian standards.

Over several years Pat also served as a volunteer member for the judging panel for Lions Youth of the Year.

Following her retirement Pat joined Probus in 1997 and with two other members developed a new constitution for the club to comply with Incorporation.  She also joined the National Council of Women of Devonport which led to an interest in Local Government.

Mrs Kent is an enthusiastic volunteer member of the Devonport Jazz Taskforce and a volunteer courier for the Devonport Library, delivering books to the housebound for many years.

In 2015 she received a Diamond of Devonport Award and was awarded life membership of Probus in 2017.

Caitlyn established Girl In Power, a business which aims to reach out to young women by performing interactive talks in schools along the North-West Coast and through its web page.

In partnership with a friend, Caitlyn organised a Gala Ball at the paranaple centre last year to raise funds for Engender Equality, which supports those affected by family violence. The event raised $22,401, which will be used to provide training for Engender Equality staff and ongoing care for those affected by family violence.

The 2019 Oceania and Australian Laser Championships, conducted by the Mersey Yacht Club, in January last year, was named as the Community Event of the Year.

Tasmania hosts the Oceania and Australian Laser Championships event every six years and Devonport was the first venue outside of Hobart to host the event in Tasmania since 1975.

More than 150 competitors from 10 countries and across Australia competed in the event, with some supporters/competitors staying for up to three weeks.  As a result, bed and breakfast operators were booked out for 10 days at a time which also benefited local restaurants and other tourism sites.

It is estimated that Devonport received a $4.7 million economic boost on the back of the championships which drew an estimated 600 visitors boosting accommodation nights throughout the North-West region.

“All recipients – and in fact all nominees – have done their bit to make Devonport a better place to live, work and play,’’ she said.