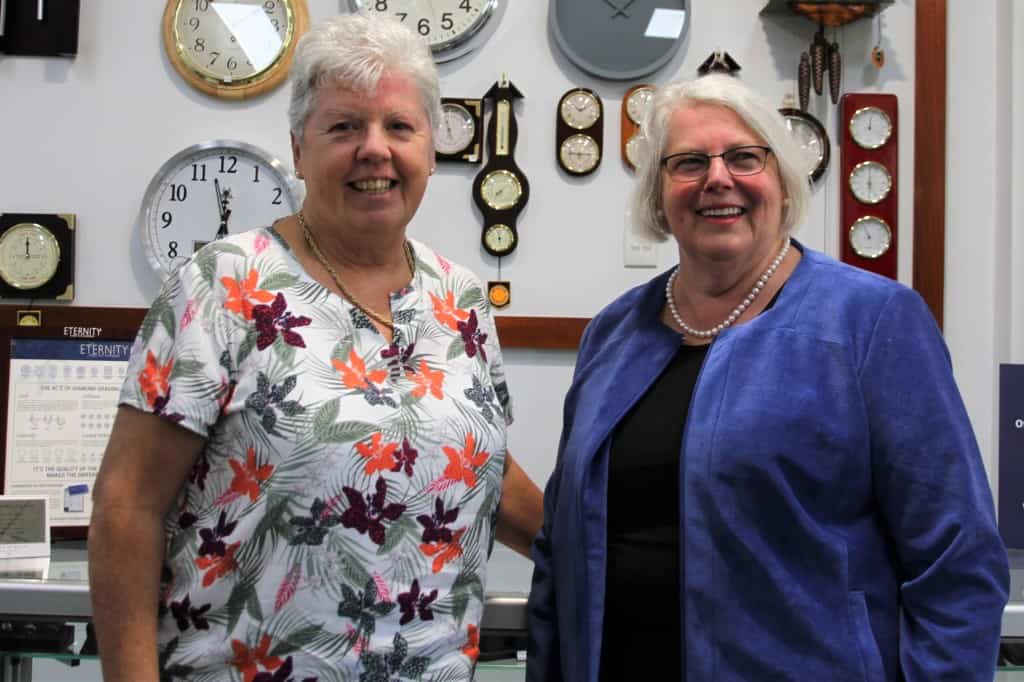 Devonport City Council is once again celebrating the achievements of local women through the popular Diamonds of Devonport program.

Scheduled to coincide with International Women’s Day, the Diamonds of Devonport is now in its ninth year, having celebrated over 200 previous ‘Diamonds’.

As in past years, a weeklong program of events is planned with the calendar to be released on Wednesday 12 February. Tickets for all events will also go on sale that day.

Event Patron, Mayor Annette Rockliff initiated the Diamonds of Devonport Program in 2012 as a way of recognising the quiet achievers within our community.

Councillor Rockliff said, “A ‘Diamond’ is not necessarily a woman who performs a high-profile community service role, but someone who quietly goes about making a difference to the community and others through her actions.”

“I am very proud of the event and am looking forward to the opportunities it will present to support and encourage the amazing women who live and work in our city.’’

Cr Rockliff also announced the appointment of businesswoman and long-serving community volunteer Margaret Fay as the 2020 Ambassador for Diamonds of Devonport.

Mrs Fay’s community service has continued for almost four decades with the Devonport Soroptimist Club – where she has held a range of executive positions including president and treasurer – and as a member and past office holder of the Devonport Lions Club, and a former co-ordinator of the Taste of the Harvest.

She also co-ordinated the Devonport Regatta’s Miss Mersey event for many years and has had a long association with the local White Ribbon Day Walk.

Mrs Fay was named as Devonport’s 2019 Australia Day Citizen of the Year.

She has twice been nominated as a Diamond – in 2012 for her community achievement and in 2018 for her business achievement.

“Margaret has given outstanding service to Devonport for many years and it would be difficult to find a more appropriate Ambassador for this year,” Cr Rockliff said.

Mrs Fay said she was humbled to be invited to be the Ambassador this year.

“The challenge today is to encourage young women, who are usually time poor with work and family commitments, to be more engaged in the community – be it through school, sport, volunteering or joining a service club,” she said.

“I’m a passionate advocate of community participation through clubs such as Soroptimists, Lions, Zonta and Rotary to name a few.

“By helping others, it is ultimately helping yourself feel more mentally positive and inclusive.”

“We are so lucky to have them.”

Diamond nominees will be honoured at an awards ceremony to be held on Thursday 12 March at 6:00pm in the paranaple convention centre as a celebration of International Women’s Day, which falls on 8 March.

They will be recognised in the categories of Personal Achievement, Community Achievement, Business Achievement and Young Achiever, for those under 30.